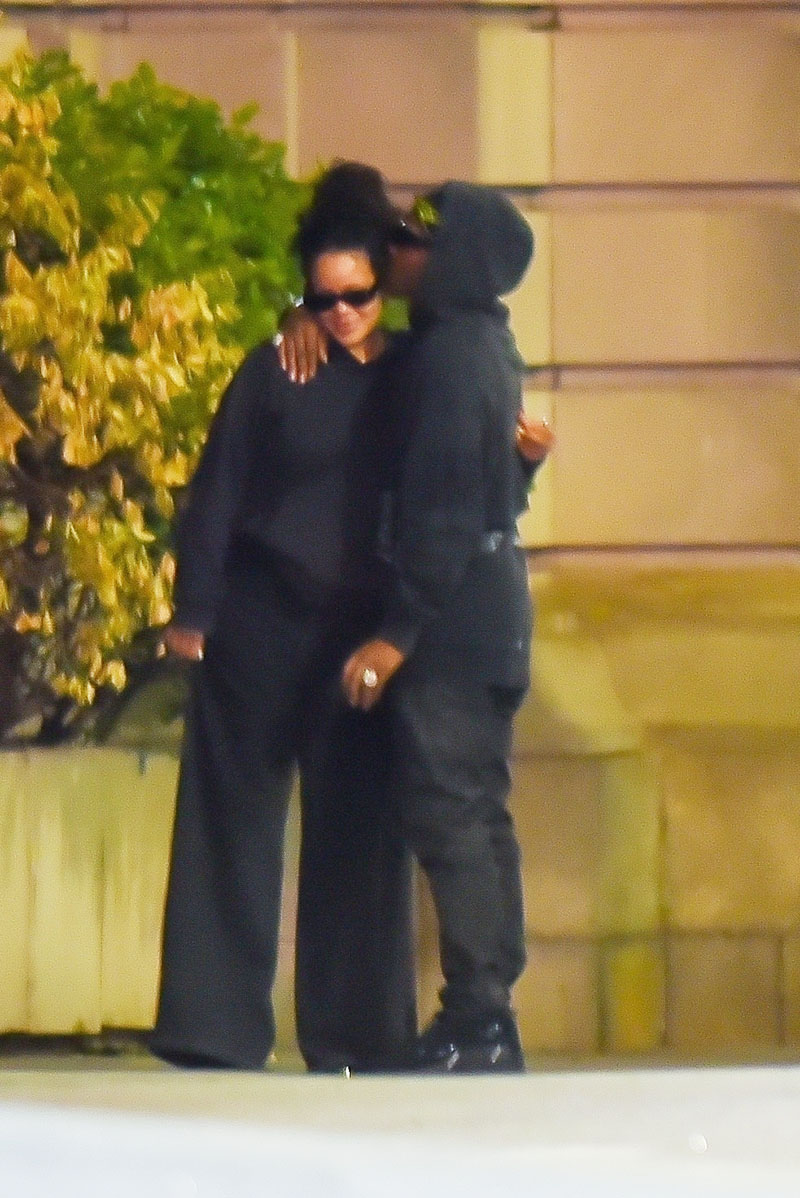 Rihanna and A$AP Rocky couldn’t sleep, so they went out for a late-night stroll in New York City at 4 a.m. while the city slept.

The couple who, welcomed their son in May, held hands as they stepped out and went to a local shop before strolling around Soho for awhile and heading home. 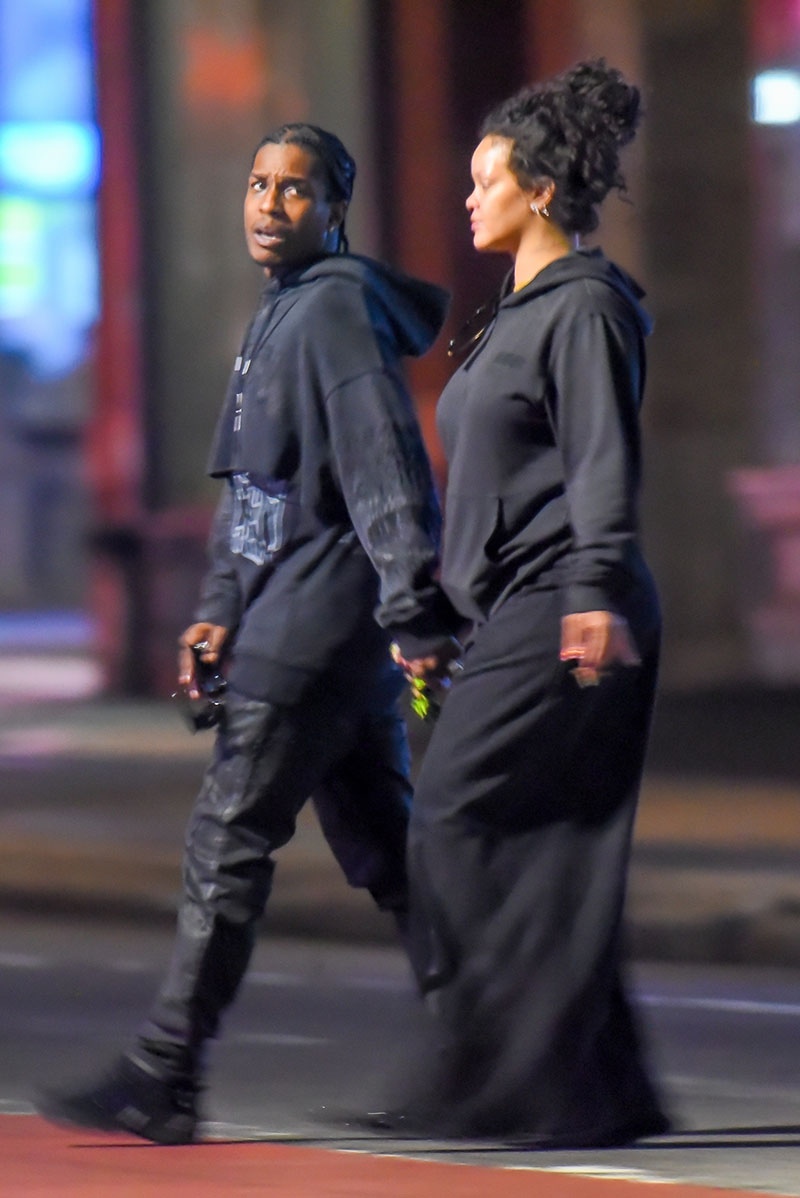 Rihanna, 34, wore black baggy pants and an oversized hoodie as she walked along the deserted streets with Rocky. In other pics, the “Umbrella” singer wore sunglasses, despite the late hour.

Friends say Rihanna is keeping Rocky close after several foreigners provided receipts that he slid into their DMs. 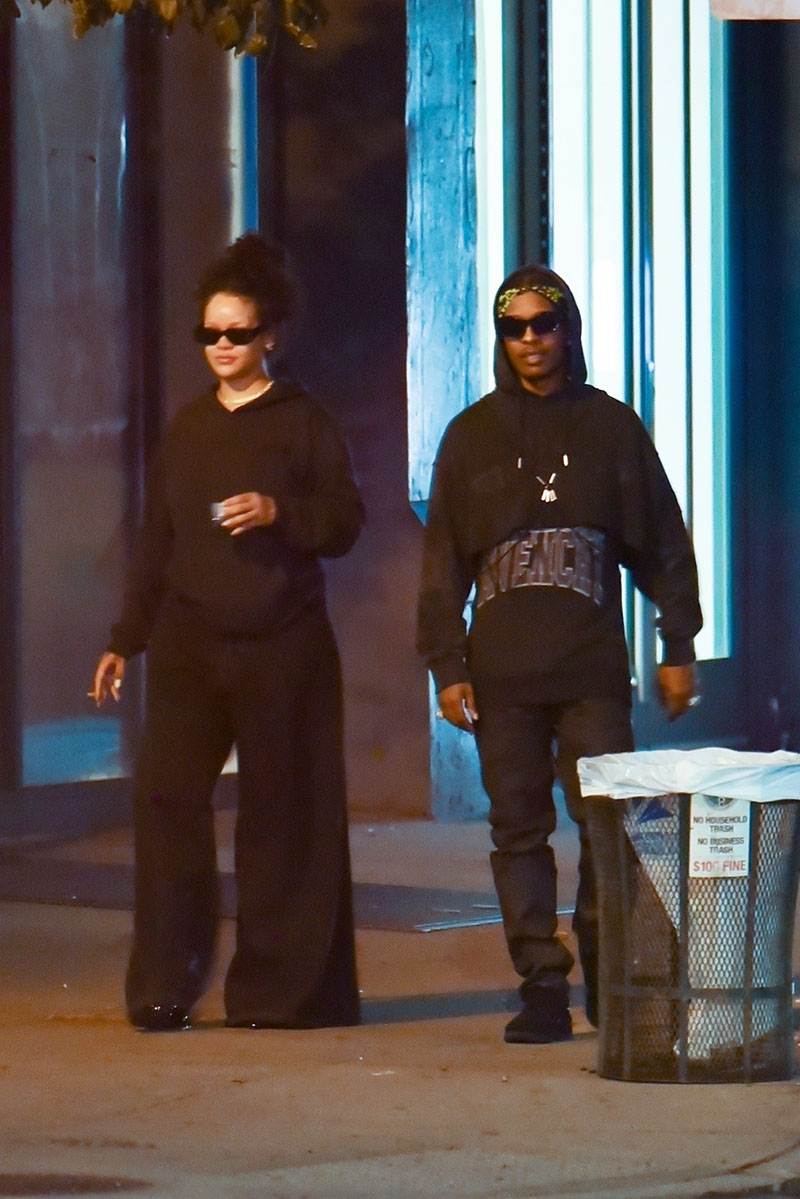 “Rocky’s been everything,” a source told HollywoodLife in June. “She’s told her friends that she can’t imagine doing this with anyone but him by his side, he’s just so supportive and loving. Seeing him hold their son make her love him in a whole new way.” 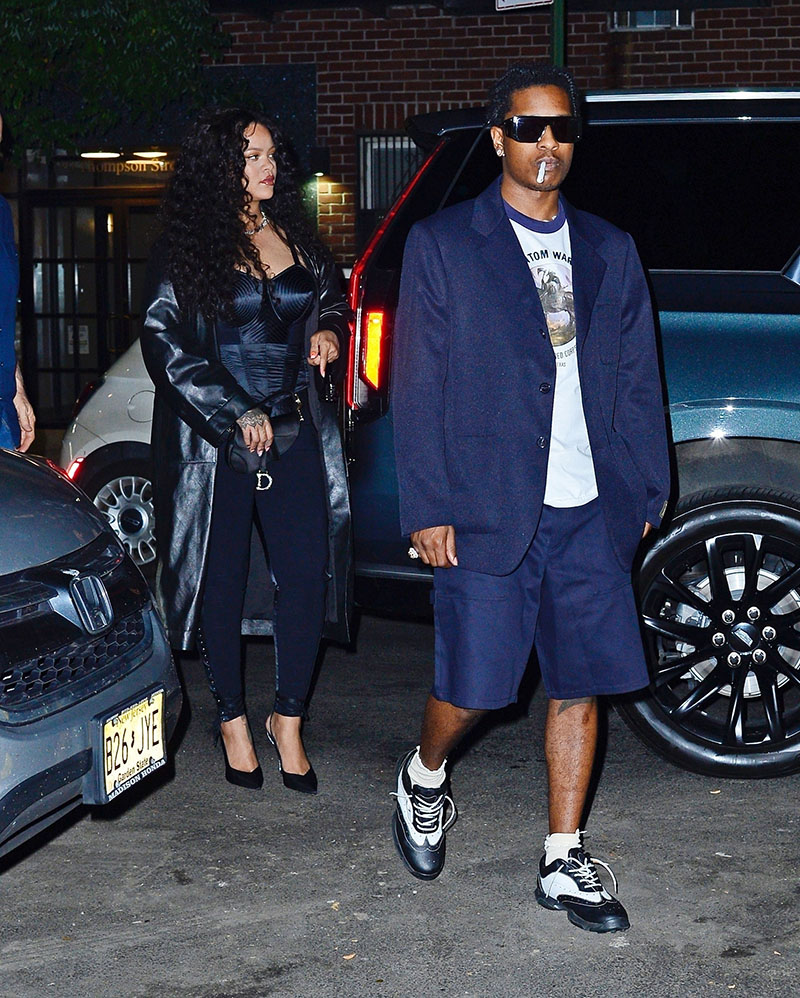 Another source said, “Rihanna has seen whole different side of Rocky that she’s never known. She’s fallen even more in love with him since they welcomed their son into this world and she cherishes every moment of seeing Rocky and their son bonding.”

Rihanna and Rocky dated on and off for years. She dumped him several times for cheating on her. So she is well aware of his philandering.

She probably thought that a baby would make him settle down. But that strategy didn’t work for Ne-Yo, T.I., Sean Combs, and countless other promiscuous industry men.